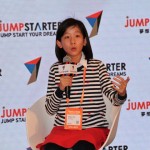 Hong Kong is the home of one of the youngest CEO’s you’ll know: Hillary Yip, entrepreneur and CEO of MinorMynas.

MinorMynas is a truly visionary company that seeks to create a global community and safe place for young people to connect and learn languages.

Apps for kids usually fall into two categories: educational, which can immediately put kids off, or games, which most parents don’t want their children wasting time doing. Hillary decided to do something about this and designed an app where children from around the world can simply hang out and chat, helping each other learn their own language from the comfort of their own homes.

Designed by a kid for kids, Minor Mynas provides a safe place for children to practice language-learning in a live environment. Hillary has an even grander ambition: she hopes the openness of children can lead to a world of fewer cultural misunderstandings and negative stereotypes.

“I think kids get along better than adults. For them, it’s often about race, gender, and other stereotypes. But for kids, everyone is just a kid.”  Wise words from a young lady just entering her teens.

Her little brother has his own take:

“If you think my sister might be a little annoying sometimes because she’s so smart, you’re wrong. She’s annoying all the time”.  Perhaps a case of cultural misunderstanding between siblings?

As businesses become ever more multinational and executives are required to work across borders in unfamiliar territory, raising a generation of young people with fewer negative stereotypes can only be a good thing. 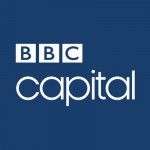 “Helen was brought on to increase our global profile and maximise media and PR opportunities worldwide and results were excellent… Helen is not only an expert in her field but is well-respected throughout the PR community. She is a pleasure to work with and delivers on her promise.”