Doing business in a foreign country is not always what we expect.  Sometimes our reality is perceived in very different ways abroad.

The same goes for popular culture. Take the humble cricket, for example.

I think of a cricket, it evokes images of warm summer nights and that romantic buzz of the little insects as they seek out their mates. Apparently the hotter the climate, the more frantic the clicking noise, or so they say.

This particular animal, however,  can mean quite different things depending on where you’re from.

In the United States, for example, the little critter is considered a PEST for the most part, as it devours and ruins the crops. 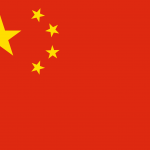 In China, on the other hand, crickets are traditionally considered PETS, taking them for walks in bamboo bird cages so that they get fresh air. This is an age-old tradition that dates back thousands of years, and considered to symbolize intelligence and good fortune. 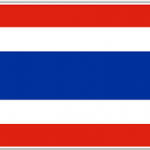 And, of course, in Thailand crickets are quite a popular snack food item, providing not only protein, but also a substantial amount of crunch.

A few other countries with cricket culture:

In ZAMBIA, the Gryllotalpa africanus cricket is held to bring good fortune to anyone who sees it.

BRAZIL the singing of crickets in the folklore of Brazil and elsewhere is sometimes taken to be a sign of impending rain, or of a financial windfall.

In BARBEDOS, a loud cricket means money is coming in; hence, a cricket must not be killed or evicted if it chirps inside a house. However, another type of cricket that is less noisy forebodes illness or death. 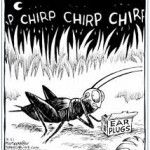 So, when you’re absolutely certain that your behaviours are appropriate and helpful in the business climate of a foreign country… you might wish to think again

“Helen’s marketing direction is insightful and pays large benefits to her clients. She is resourceful and there is no end to her network of collaborators that make up a collective skill-set that is unmatched. Her years of international experience allow her to fully understand cultural differences that may arise before they happen, thus avoid potential pitfalls that most would miss.”